>Today, I read a newsletter from my congressman, Rep. Jeff Miller of Florida. It got me fired up. You can read the newsletter online. Here is my response:

As a constituent and a United States citizen, I respectfuly request that you and other Republicans cease to refer to the Patient Protection and Affordable Care Act as “ObamaCare.” The use of this moniker is just a fragment of the partisan propaganda that aims to disrail the national health care plan. 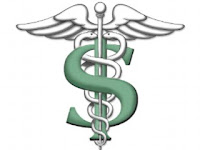 President Obama’s health care plan may not be perfect, but neither is our current system of health care, which is controlled by big business instead of by medical professionals. Instead of spewing generalities and party rhetoric, politicians who oppose certain aspects of the plan should offer concrete and positive suggestions that will lead to the creation of a workable health care program that’s good for everyone.

In your newsletter, you wrote: “[Democrats] continued to use voodoo mathematics to support their bizarre claim that government run health care would save the taxpayers money.”

You wrote: “Under ObamaCare, taxes will be imposed on individuals who try to use their Health Savings Accounts to purchase over-the-counter medicines.”

What taxes? Do they apply to everyone or only those in certain income brackets? Do all Health Savings Accounts now allow use of the funds to purchase over-the-counter medications?

Republican politicians have had a year to read and study this law, but still, you never give specific reasons why the program is bad. You never offer viable alternatives. Why don’t Republicans create a document that gives the wording of each section of the Act followed by a plain-English explanation? Don’t forget to include the contents of the Health Care and Education Reconciliation Act of 2010, and please, take full responsibility for any changes and amendments added by the Republican Party.

I sent the above to Rep. Miller via the contact form on his website. I do not expect to get a response. 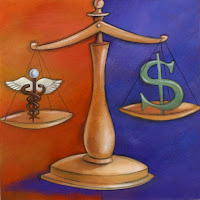 What do I think would work to improve health care in the USA? Sweeping overhaul of the insurance and pharmaceutical industries, which are at the root of the health care problem in the United States.

**Eliminate insurance companies completely.
Right now, insurance companies are for-profit corporations who answer to their stockholders first. They allow profits to dictate what medications they cover, what treatments are allowed, and which doctors you’re allowed to see.

**Require insurance companies to cover any drug prescribed by a physician.
Right now, it doesn’t matter what the doctor thinks will work best to treat the patient. Insurance companies, working directly with pharmacies, can decide to send a generic, a completely different medication or simply deny coverage.

If these three changes could be wrought, I believe we would see an improvement in medical care in the United States. These suggestions of mine certainly wouldn’t solve all the problems, but they would help.

What do you think?

Please, don’t just repeat something that you’ve heard somewhere else. Read the summary on Wikipedia. Find a truly unbiased article from a legitimate news source (FOX News doesn’t count). Spend some time learning about the Act, then share what specifically you don’t like and why. What alternatives would you suggest? Make this a positive discussion, not a rant or a slam against whichever party you don’t like.

When I grow up, I want to make movies and write books. Now in my 50s, I wonder if I'll ever really accomplish the dreams of my youth. I have made two short films, one for a college film-making class, the other for an MTV-sponsored contest. I have written short plays that have been produced, and a few short stories and reviews that have been published. I also perform and direct for community theatre. My working life has included stints in local TV news, public relations, retail management and cashier, and for a couple of years, I made the rides go at Walt Disney World. I have two cats and a husband.
View all posts by Taminar →
This entry was posted in Social Commentary and tagged Health care, Obama. Bookmark the permalink.