I’m researching my husband’s grandmother, who emigrated from Germany around 1908. I think I’ve found her on a passenger list for a ship called the Pretoria. I could, of course, read the typed words easily enough to type them into the Google translator. The place of last residence looks like München, which is where our Helen Schiesl was from.

Then I come to the “occupation” column. The word looks like Prisat. Or Prinat. Or Prisal. I tried typing all those words into the Google translator, and it didn’t recognize any of them as words. She was a domestic servant in her first U.S. Census (1910), so I tried translating that to German, and Google gave me a completely different word. 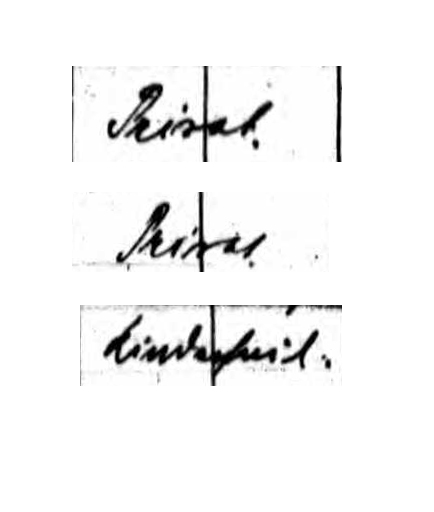 What is this German word?

I found one other passenger who looks like he had the same occupation. Another line looks like the same word, but starting with Kinder — child.

The full page is below. I know sometimes it helps to look at other words to see how various letters are formed.  I highlighted Helen’s line in yellow.

If you speak and read German (Deutsch) and can make out what this is, I would appreciate your help. Please comment below.

Here’s another passenger list which I was lead to believe was from the same voyage of the Pretoria, but as most of the names are different — and the only two passengers that match the other list have different ages, I’m back to the research on this one. 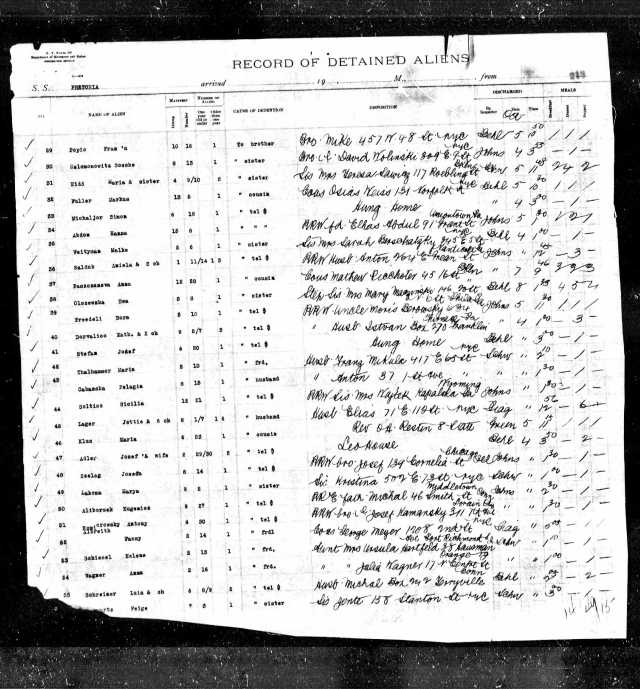 When I grow up, I want to make movies and write books. Now in my 50s, I wonder if I'll ever really accomplish the dreams of my youth. I have made two short films, one for a college film-making class, the other for an MTV-sponsored contest. I have written short plays that have been produced, and a few short stories and reviews that have been published. I also perform and direct for community theatre. My working life has included stints in local TV news, public relations, retail management and cashier, and for a couple of years, I made the rides go at Walt Disney World. I have two cats and a husband.
View all posts by Taminar →
This entry was posted in Genealogy, My Life and tagged Deutsch, document, family history, German. Bookmark the permalink.